Launched in 2014, North Coast 500 has quickly become the 'must do' road trip in Scotland. The route has been planned to take in some of Scotland's most spectacular scenery following the coastal roads that encompass the northern most part of the country.

Starting in Inverness, you can head North via either the west or east coast roads. Whether you go around clockwise or anti-clockwise, the route is best enjoyed at a slow pace, stopping to admire the views and villages along the way. The fantastic thing about the NC500 is that you will experience so many different types of Scottish scenery.... the west is famed for its mountains and lochs, while the north coast is photographed for its dramatic cliffs. After starting from Inverness, we recommend breaking your journey at two or three B&Bs (at least) so you can relax and sample the flavours of each area. You could easily spend a week's holiday going steadily around the NC500 and making the most of your trip.

Going anti-clockwise from the starting point in Inverness, you can travel North via the Black Isle, Dingwall, Cromarty Firth, Dornoch, Golspie, Wick and then John O Groats. You will take in the entire northern coast including Mey, Dunnet Head, Strathy, Melvich, Tongue and Durness.... where the cliff tops and sea birds are unique to this part of the UK. Travelling south from here, you will experience the more mountainous terrain typical of the west coast with its many sea lochs and inlets. Be sure to stop off at Lochinver, Assynt, Ullapool, Gairloch, Loch Maree, Torridon and Applecross. Heading back to the east you are immersed in the mountains and glens of the Highlands including Achnasheen and Strathpeffer, before crossing over the Beauly Firth back to Inverness. If you are really lucky and if it's the right time of year, you might even see the Aurora Borealis!

The North Coast 500 Route is just over 500 miles long. It's not a race! Do it too quickly and you will miss some hidden gems on the way. Stay a while to investigate different parts of the route... it's even an idea to do one half one year and one half another. Also try it in different seasons and you'll see how things change so much from spring to autumn in the Highlands. 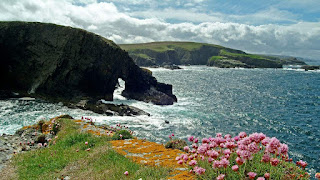 Strathy Point - As you drive along the Northern part of the route you will pass many spectacular cliffs with views towards to the Orkneys and Shetland. Beaches pepper this part of coast, their golden sand at odds with the usually cold temperatures of the North Sea. 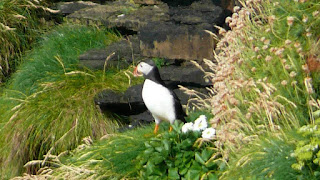 This part of the coast also includes the famous Ducansby Stacks and Lighthouse as well that the most Northerly point of the UK mainland, Dunnet Head. If you are lucky, and depending on the time of year you can watch the entertaining puffins and other seabirds as well as catching a glimpse of whales, dolphins and seals. 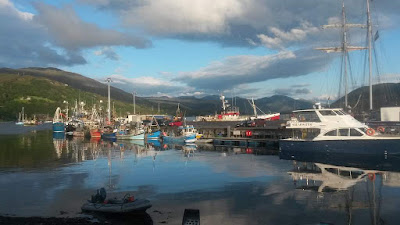 Ullapool - Ullapool is one of the larger towns in the North Highlands, albeit home to only about 1500 people. Originally a Herring port, Ullapool has been a popular tourist destination mainly because of the picturesque harbour, surrounded by mountains and its mild climate. 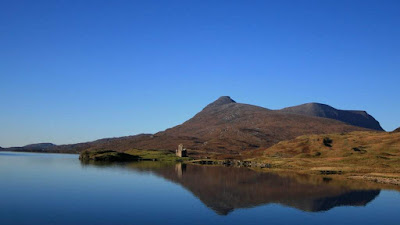 Loch Assynt & Ardvreck Castle - Not all of the route sticks slavishly to the coast. Occasionally the mountains and cliffs force the road inland where yet more wonders await. On the North Western part of the route as you travel along the A837, you pass the beautiful Loch Assynt. If you are really lucky you might catch a glimpse of the Mermaid of Assynt.
Sitting upon the shore lie the ruins of Ardvreck Castle, home to the Clan McLeod. As with the loch itself, the castle is swathed in myth and legend and you should keep a special eye out for one of the two ghosts prowling the ruins. 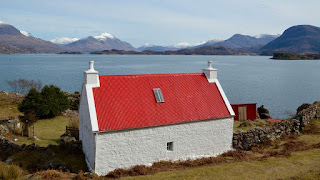 Torridon - In the south eastern part of the route you will find Loch Torridon and the hills, mountains and Glens of the same name. It is widely accepted that Torridon has some of the best mountain scenery of the whole of the British Isles. No wonder it is so popular with climbers, photographers and wildlife watchers 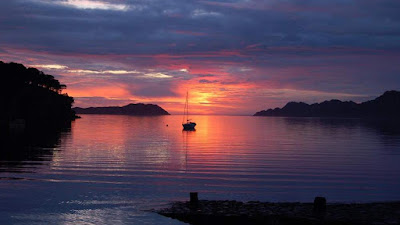 Just because you will be driving in some of the country's wildest landscapes doesn't mean you have to compromise on comfort. We have a number of 4 and 5 star Bed and Breakfasts along the entire length of the North Coast 500, all offering off street parking and a warm welcome, as well as great food.

Our B&Bs in and around Inverness

Inverness House
4 Star elegant contemporary villa on the banks of the Caledonian Canal just 5 minutes drive from Inverness city centre. Relax in the garden or enjoy peaceful walks by the canal and nearby nature reserve overlooking the Moray Firth. You can even hire a kayak or bike from your hosts to explore more. 4 superking/twin bedrooms with high quality furnishings, fridge, toiletries, bathrobe, slippers, TV, garden terrace and luxury ensuite bathrooms. The Telford Room is ideal for romantic breaks with a jacuzzi spa bath with inset TV above, as well as a Monsoon shower.

Pottery House Loch Ness B&B
This 4 Star GOLD B&B sits on the shores of Loch Ness in the quiet village of Dores just 10 minutes drive from Inverness. An ideal base for Nessie spotting, taking a boat trip, discovering the local wildlife and exploring the less travelled side of Loch Ness. A great base from which to tour the Highlands. 3 kingsize double/twin rooms.

Our B&Bs on the Black Isle and Strathpeffer

Home Farm, Muir of Ord
This 4 Star GOLD B&B sits in an acre of landscaped gardens with views to the surrounding hills. Located on the Black Isle in Muir of Ord, just 20 minutes north of Inverness, between the Cromarty Firth and the Moray Firth. See the local dolphins or go spotting for seals. 3 double/twin rooms. Dinners are available by arrangement featuring the finest meat and seafood including langoustines and scallops caught locally.

Craigvar, Strathpeffer
This 4 Star GOLD B&B in the grand Victorian spa village of Strathpeffer which could be your first stop if doing the North Coast 500 anti clockwise or, your last if doing it clockwise. Strathpeffer is a beautiful location with distinctive buildings including the original Pump Room used to 'take the waters'. Here you can also visit the Highland Museum of Childhood and see Castle Leod (Castle Leoch in Outlander). 2 ensuite bedrooms and 1 self contained suite for 2 people.

Auld Post Office B&B, near Thurso
This 4 Star GOLD B&B lies on the A9 between Latheron and Thurso, in a central location to visit the most northerly coast of Scotland. Dramatic cliffs and secluded beaches are a haven for bird and sea-life. Visit the Castle and Gardens at Mey, the Queen Mother's former holiday home, see puffins at Dunnet Head, and discover castle ruins, Neolithic cairns, sea stacks and caves. Choice of 2 en-suite bedrooms (kingsize or super-kingsize) or Self-contained Annex Cottage for 2.

Our B&Bs on the Northern part of North Coast 500

Sharvedda, Strathy Point
Sharvedda is the most northerly of all our B&Bs located at Strathy Point, one of the most dramatic sections of coast on the route. Steep cliffs, sandy beaches and rocky sea stacks are all home to an abundance of wildlife. Stay a few days to unwind and fully appreciate the scenery and the wildlife which is best enjoyed out of the car.