This blog post was written by Olwyn Jack who owned Duntrune House B&B (now closed) in Dundee and tells the spooky story of Bonnie Dundee. 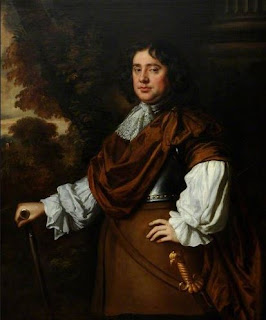 Old houses often have a story to tell. This is the story of Duntrune House our home since 1981. This house was built in 1826 on the foundations of a much older house. Walter Graham and his wife Elizabeth Guthrie lived in the old house after their marriage in 1630. Walter was the great uncle of 1st Viscount Dundee, John Graham of Claverhouse, aka Bonnie Dundee. This leads me on to the story of The Ghost of Duntrune. 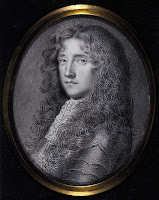 Bonnie Dundee was the leader of the Scottish army against the English army at the Battle of Killiecrankie on 27th July 1689. Although the Scots won, Bonnie Dundee was killed on the battlefield. A belief was common that, at midnight on the anniversary of the Battle of Killiecrankie, the ghost of Claverhouse appeared on the lawn of Duntrune, below the Auracaria (monkey puzzle) tree – gone before our time. 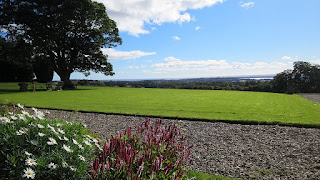 The following is the gist of a story told by one whose grandmother saw the vision: 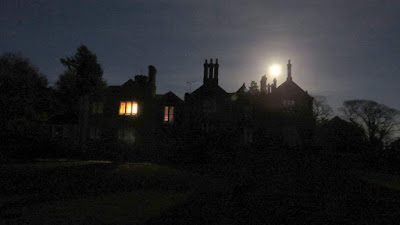 "Suddenly it seemed as though a cloud had fallen on everything, blotting out such flickering moonshine as had penetrated through the closely grown trees and evergreen shrubs and causing a gloom to fall on one's spirits, and even on the hooting of the owls, which seemed to cower behind the branches in fear. I, alone, was a silent listener, when I was suddenly aroused by streams of wild, unearthly music. I listened, my hair stood on end, the cold sweat poured down my face and my heart seemed to refuse to beat from very terror. Again the music pealed forth, wild and slow, then a pause. Again it sounded forth in softer tones as if the unearthly musician had stopped to change to a sweeter lay and to take a fresh supply of energy. It was as if some threatened disaster was hanging over me. The next moment, there as I stood, strains of music fell on my ears and suddenly before me, under the huge tree on the lawn, there appeared for a brief moment the figure of a knight on horseback in shining armour and pale face, while in his hand shone a naked sword bedaubed with blood. Entranced and awe-struck I gazed at him and as I did so a voice whispered in my ear in clear unmistakable tones.... "Claverhouse" Then the vision faded away as suddenly as it had come" Taken from "The passing of Duntrune" by H. A. Forsyth FSA J

An addendum to this story is that for many years a wooden box containing a red scarlet velvet covered file sat on the mantelpiece of our dining room. The file is now in The National Library of Scotland. Among the contents were; 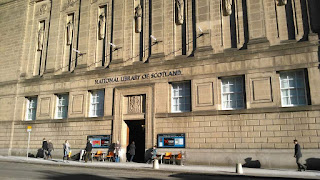 · > The marriage contract of Claverhouse

· > His commission as Colonel of Horse

· > His commission as Major General of all the Forces in Scotland

· > His patent of nobility, numerous other documents and his pistol taken from his belt at Killiecrankie, 17th July 1689 When we opened the box at 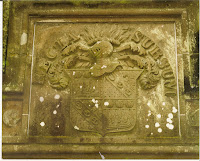 The National Library of Scotland we discovered the pistol was no longer there. We found it in Abbotsford House, the former home of Sir Walter Scot. How had it arrived there? Further research suggested it was on loan from the Law Society of Scotland. How had it come to be in their possession? A descendant of Walter was the friend of Mr Erskine of Linlathen the neighbouring property to Duntrune. This descendant left the pistol in his will to Mr Erskine, a prominent lawyer who presumably gifted it to the Law Society. 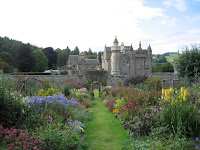 My question – does Bonnie Dundee appear at Duntrune on the eve of his last battle, looking for his pistol? We have never seen the ghost but do we put him out of his miserable search by pointing him in the direction of Abbotsford?