Bonsai in the Scottish Highlands

For our December blog, Janet Crawford writes about her Bonsai hobby from 4 Star Gold Glengarry B&B in Kingussie in the Scottish Highlands.

Bonsai means ‘bon’ a shallow tray or container and ‘sai’ a plant or planting. Although a mixture of Art and Horticulture, once a work of Art is completed it remains the same, whereas a bonsai changes with the seasons, age and is continually developing.

Addictive. The hobby requires enthusiasm and commitment – like having a child, you cannot just go away and leave them. Your pleasure and satisfaction in growing bonsai increases over time, a similar principal to that of the tree itself which matures and improves over the years. A Bonsai is never finished you can always make improvements.

It is a hobby for all ages, the earlier you start the more you can appreciate the work and design you have put into a tree. The care of your bonsai requires daily contact through feeding, watering and pruning and you treat your plants the same as you would a plant in your garden, training for example an apple tree as cordons or espaliers, trees shaped as standards, or weeping or topiary.

Bonsai originated in China and mention is made of Bonsai in the sixth century, however it may have been brought to China much earlier from India, but today it is associated more with Japan. Early examples of bonsai grown in Japan centered around pine trees, bamboos and ornamental flowering cherries. These were followed by more spectacular flowering trees like azaleas and camellias. It is only relatively later on that trees grown for their foliage became popular. Leaf shapes and colours, like Maples were obvious candidates.

The art of bonsai did not arrive in the West until the twentieth century, although Europe showed an interest in the 19th century and interest spread in the USA following the second World War. Today the art is practiced all over the world.

You can find material suitable to growing bonsai from many sources; purchase a readymade bonsai from supermarkets or specialist growers, collect trees from the wild (having obtained permission first), garden centre stock, grow from seed, take cuttings, graft, layer – the sources are endless. Virtually any type of tree is suitable to create a bonsai – always look for an interesting trunk, attractive bark, good branches, small leaves and good texture.

Your bonsai should replicate how the tree would look in its natural environment, so the use of rocks, moss and small plants can all be incorporated into your design. Specialist compost, pots and tools are a must and these can be obtained easily from online suppliers.

If you are lucky enough to have a Bonsai Club in your area this is definitely the place to learn your craft, as they usually have an expert on hand at meetings to encourage and show you how to make the best of your chosen plant.

My interest began with a comment made to my husband that ‘I had always fancied a Bonsai tree’. At this point I had no idea of the depth of the craft or how to start, I just imagined a miniature tree sitting on my windowsill. Roger started to delve deeper via the internet and shortly afterwards as an anniversary present I received my first bonsai a Japanese indoor tree and a basic small set of tools.

Contact was then made with the Scottish Bonsai Association and I found there was a monthly club at Balloch near Inverness. The group was thriving when I joined some 14 years ago and within a couple of months my passion was kindled and I had attended my first Bonsai exhibition and purchased my first two outdoor Bonsai, a field Maple and a Japanese Acer.

Some 14 years later I now have over 30 trees most of which have been trained from wild stock or from my garden. My pride and joy is a Silver Birch which had been uprooted by a digger on some common land, it was around 48” tall and probably about 25 years old. After considerable training, wiring, pruning etc., it is now a beautiful example of a very old looking Silver Birch.

It really is an addictive hobby and one I wish I had started many years earlier. 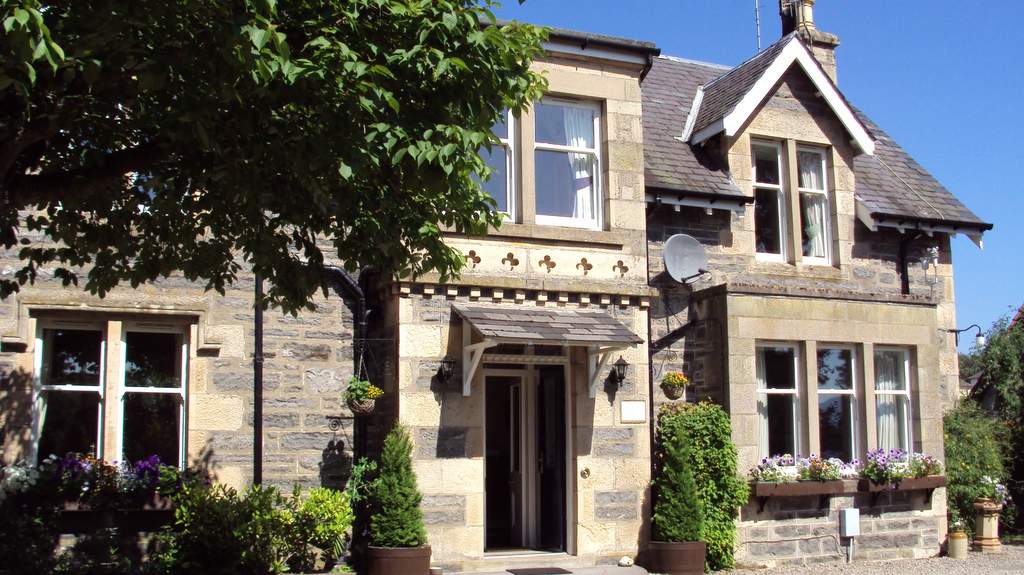