Tastes in whisky are very individual, and how you take your whisky can be the subject of sometimes heated debate. Here we offer you some options, some familiar and some not so familiar!
Single Malt Scotch whisky 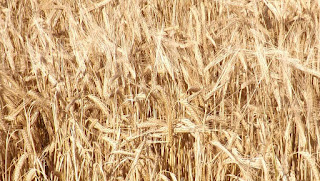 Made exclusively from malted barley from a single distillery using a pot still and aged for at least three years in oak casks, Single Malt Scotch Whisky is famed throughout the world, each distillery producing a distinct flavour differing from all others. Traditionally, a “wee dram” should be drunk with just a splash of water. But there are those who swear that Single Malt should be drunk neat. Another source for disagreement is temperature – on the rocks or warmed in the hands like brandy?
Recommended Single Malt Whisky: Cardhu from Speyside, Talisker from The Isle of Skye, Glengoyne near Glasgow, Highland Park from Orkney, Glenmorangie from Ross shire, Singleton from Dufftown, Laphroaig from Islay and MacAllan from Craigellachie
Blended Scotch Whisky 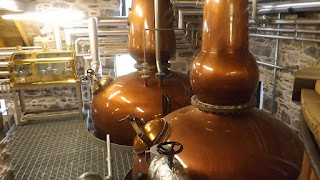 Carefully blended from several malt or grain whiskies to give a consistent high quality drink, blended Scotch is popular with all ages. To ensure that all the right “notes” are in the blend each blended whisky producer employs a master taster whose job it is to judge how much of each of the component whiskies are needed for each new batch. Drunk straight, with water, soda, ginger ale or with a pint of beer.
Recommended Blended Whisky: Famous Grouse from Crieff, Grants from Dufftown, Dewars from Perth and McLeod's from Isle of Skye
Whisky Cocktails
From an Old Fashioned to a conventional Whisky Sour, there are many cocktails using whisky as the main ingredient. With the recent popularity of Green Teas, mixing whisky with green tea has begun to appear as an option in cocktail bars.
Whisky Recommended for Cocktails: Use Johnnie Walker, Teachers, Whyte and McKay.  Perhaps also try one of the new blends from The Famous Grouse Family - the Snow Grouse or the Black Grouse
Some like it Hot!
Have you ever tried a Hot Toddy when you are feeling really rotten with a cold? Lemon juice, honey, hot water and whisky – the most comforting remedy of all. Alternatively a Gaelic Coffee at the end of a meal can be just sublime! Hot coffee, brown sugar and whisky stirred together, then double cream carefully poured over the back of a spoon to float over the top.
Whisky Recommended for Hot Drinks: Use any good blended Whisky (see above)

Scotland is famed for its wonderful food, and there is a wealth of recipes for cakes, and baking, a surprising number of which use whisky as an ingredient. There are obvious ones, like Whisky Marmalade Cake, a moist succulent fruit loaf which cuts well and will keep for several weeks in a sealed tin. Whisky soaked raisins make wonderful scones for afternoon tea. Less well known, but full of flavour, Honey and Whisky Cake and Chocolate Whisky Cake use the distinctive flavour of the whisky to lift the Cake from just good to sublime.

Whisky Recommended for Baking:  If you want a strong peaty flavour coming through use an Islay or Jura malt, perhaps Lagavulin or Laphroaig.  Or if you prefer the flavour to be more subtle, go for a good blended whisky, Dewars or Black Label
Whisky in Savoury Dishes
Adding whisky to game dishes such as grouse or venison along with blackberries or blackcurrants make a wonderful rich dish. Pork ribs or belly can be glazed with a mix of honey, soy sauce, spices and whisky to add a wonderful depth of flavour before slow cooking in a low oven.  There is also of course the creamy Whisky sauce, traditionally served with Haggis, Neeps and Tatties at Hogmanay and Burns Night....or indeed any time of the year!
Whisky Recommended for Savoury Dishes: The smoky flavours of a good Jura malt, Isle of Jura Superstition. Or perhaps give the dish a completely different emphasis by using a mellow Glengoyne.
Whisky in Preserves
Whisky Marmalade is a perennial favourite, the bitter Seville oranges blends well with the whisky and is justifiably well known but have you tried Whisky and Apple Jelly? Like all whiskies, this jelly needs to age, but only for three months before use.
Whisky Recommended for Preserves: A really good dependable blended whisky like Grants or Bells
Whisky in Desserts
Atholl Brose was originally a drink made from soaking oatmeal in water for an hour, then straining it and stirring in honey and whisky, however now it's more often a wonderful dessert using toasted coarse oatmeal, heather honey, whisky and whipped double cream.
Cranachan is similar to Atholl Brose but with the addition of some gorgeous plump raspberries.
Scottish Trifle or Tipsy Laird is a Scottish version of a very traditional British dessert. Made as you would normally but replace the sherry with whisky liqueur and of course the fruit must be beautiful Scottish raspberries.
Whisky Recommended for Desserts: Here you don't want a heavy peaty flavour, Highland Park or Glengoyne would be an excellent choice.

To learn more about Scottish Whisky and the distilleries that offer tours, visit out website.  We have covered many distilleries in all corners of Scotland.