‹ ›
› Things To Do › Castles › Castles in Argyll, The Isles, Loch Lomond, Stirling and The Forth Valley

Stretching from the Inner Hebrides, through the Trossachs and then across to Stirling, is a varied mix of castles built to defend the Highlands from invasion by sea and land. Whether it be proudly sitting atop a volcanic rock, or hiding amongst the hills and forests, each has used the landscape to their advantage.

Home of the Chief of Clan Maclean on the Isle of Mull with dungeons and state rooms and 13th century keep. Admission charges apply. Open in April 11am - 4pm (closed Fridays & Saturdays except Easter). Open from April to mid October daily from 10.30am - 5.30pm. Gift shop and tea-room. Free parking and entry to the grounds. Limited disabled access.

One of Scotland’s grandest castles due to its imposing position and impressive architecture, Stirling Castle commands the countryside for many miles around. It towers over some of the most important battlefields of Scotland’s past including Stirling Bridge, the site of William Wallace’s victory over the English in 1297, and Bannockburn where Robert the Bruce defeated the same foe in the summer of 1314. Cafe. Open daily 1 April - 30 September, 9.30am - 6pm; and daily 1 October - 31 March, 9.30am - 5pm. Admission charges apply.

Sitting on the banks of Loch Awe, Kilchurn Castle is one of the most photographed castles in Scotland. Constructed by the Campbells of Glenorchy in the mid 1400’s, Kilchurn has fulfilled a role as a tower house and then a garrison. Its current appearance owes more to the ravages of nature than any active service the castle has seen - which makes its position on Loch Awe all the more enchanting.

This impressive tower-house castle occupies an elevated position overlooking the Dollar Glen and defended by two ravines through which the Burn of Care and the Burn of Sorrow pour. Any wonder that it was known as ‘Castle Gloom’ …’glom’ being Gaelic for chasm. As the name suggests, Castle Campbell was for most of its life in the hands of Clan Campbell and despite its apparently impossible position, it was partially destroyed in 1654. Open all year, but only Mon, Tues, Wed, Sat Sun during the winter season 1st October - 31st March.

While visiting Oban why not go and see Dunollie Castle , now in ruins but offering a wonderful view of Oban Bay and over to the Island of Kerrara. Discover the 1745 House or Jacobite house which has been recently made into a museum and contains the most amazing collection of the Clan MacDougall. They have owned the castle and house for many centuries and ruled at one time a third of Scotland. There are so many stories to be learned. In the grounds you will also find the Willow Hall which has been specially designed. 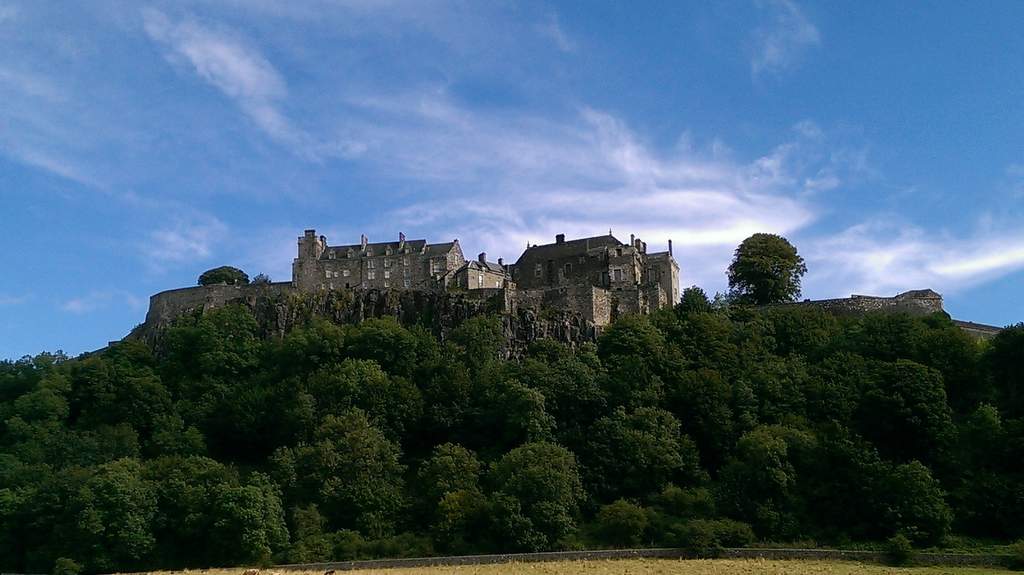